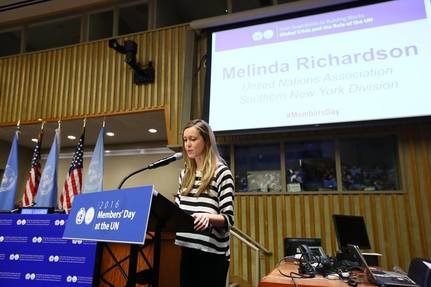 She earned a Master’s degree in Political and Social Sciences from the Universitat Pompeu Fabra in Barcelona, Spain and as part of her studies worked at United Nations Headquarters at both the UN Democracy Fund and the UN Office for Partnerships. She earned her undergraduate degree in three years with a joint major in Philosophy and Political Science from Boston University during which time she interned in the Lord Mayor of Sydney’s office in Australia.​