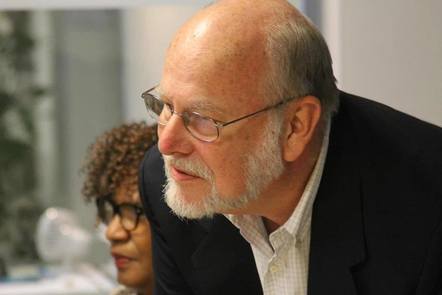 David Stillman, PhD, is a member of the board of the United Nations Association of the USA (UNA-USA) Southern New York State Division (UNA-SNY), a past president of the UNA-USA Westchester Chapter and an honorary board member of the North Carolina-based American Freedom Association.

Since 2014 Stillman has participated in the annual UNA-SNY consultation series “Race, Criminal Justice and Human Rights,” and resultant reporting.  The consultations bring together experts, community members and UNA-USA members to discuss the role and responsibilities of the USA in relation to the UN Convention on the Elimination of All Forms of Racial Discrimination (CERD) and related conventions for which the USA is a signatory. The consultations have resulted in reports to the US State Department, the CERD Committee, NY State Government officials, and community organizations and stakeholders.

Stillman is a founder and the Executive Director of the Public-Private Alliance Foundation, which was established with support from the ambassadors to the UN from Madagascar, the Dominican Republic and Haiti.  He has led PPAF activities in those countries, and seminars at the UN and elsewhere on aspects of sustainable development including clean energy. Since the 2010 Haiti earthquake, his work has focused on developing and promoting renewable energy to help families out of the poverty-respiratory disease-deforestation trap of Haiti’s heavy dependence on charcoal for cooking. He is a frequent speaker at conferences, panels and Rotary Clubs related to public-private partnerships, empowerment of women and girls, sustainable development, and clean cookstoves.

During a career with the United Nations Stillman was a policy adviser on international development assistance from the UN Secretariat, including projects funded by the UN Development Programme, collaboration with the World Bank, and innovative work in relation to women, human rights, peace-building, private sector development and humanitarian assistance.  He worked with intergovernmental bodies and UN agencies for collaborative efforts on development, relief and reconstruction.  As a Senior Officer in the Department of Economic and Social Affairs, he was a member of the team that supports deliberations of the Economic and Social Council and the General Assembly.   He was posted to Pakistan with the UN Development Programme, where he managed funding for Food and Agriculture Organization projects.  Before joining the UN he worked in Togo, Ghana and Kenya.

Stillman and wife Jeanne Betsock Stillman are partners in a consulting firm, Strategies for Development, Inc., which deals with local and international issues.
​
Stillman holds a BA from the School of International Service of the American University and an MA and PhD in political science from Duke University. He also studied for a year at Duke Divinity School.  He was a research student at the University of Ghana.  He speaks English and French, and reads Spanish.